Transaction of Hollows is a long durational performance that investigates mankind’s desire on love and war. Suryodarmo is referring to her political senses to the lost society by shooting hundreds of arrows during several hours without a specific target, confined inside a closed room with the audience.

Captured by repetitive poetic conquests, Melati Suryodarmo (b. 1969, lives and works in Surakarta, Indonesia) creates powerful images, which resemble more of epic challenges than everyday behaviors. She is known for her non-narrative, wordless and very physical performances where she uses the body and its surroundings to create, as she herself puts it: “a concentrated level of intensity”. The repetition in and the duration of her works have the effect that the artist as well as the audience is able to lower their guards and let their thoughts rest. Her art revolves around overcoming obstacles.

The Malmo audience got acquainted with Melati’s artistry already in 2007 (the first year of Lilith Performance Studio) in the performance piece Perception of Patterns in Timeless Influence, which was a main solo production originated at Lilith. 2009 and 2010 Melati performed again at Lilith with two of her already existing performances, I Love You and EXERGIE – butter dance. 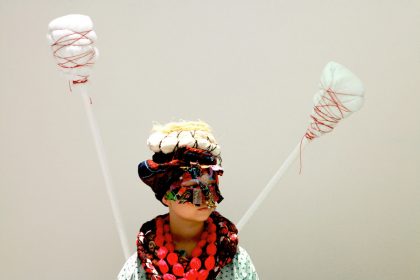 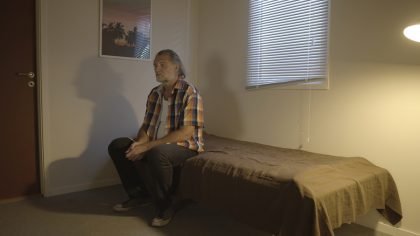 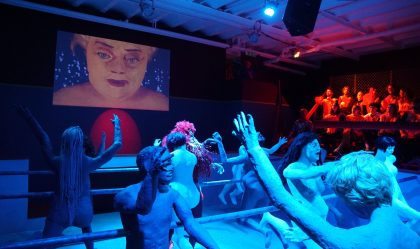