The exhibition YOUR DANISH IS GOOD borrows its title from a series of works by exhibiting artist Amel Ibrahimovic. The title’s spoken line introduces language as a skill – as a kind of measure of individual performance. A skill also measured by integration authorities to compare the levels of well-being and labour success of migrants – but language is not only something we just perform and submit to, it is also a complex and transformative system we use to understand and share thoughts through.

Discussions around migration are consistently placed in discourses, which often make little space for agency and independent positions to speak from. These conceptions of immigration seem somewhat already determined and drawn up by the predicaments of migrants, who seem to be always rendered as the victims of circumstance. But beyond these stereotypical subjectivities and conceptions lies concrete experiences not condemned to reproducing the same grand narratives. Entering new cultural contexts, also means entering new national and social relations or configurations of subjectivity as an everyday practice.

The presumptions that stick to the perception of migrants, become themselves obstacles for nuancing the thinking and linking between individuals, events and history. Not forgetting the many correlations that are shared across national identities, geopolitical constructions – and – time and space. If we can come to define the refugee from a state of emergency to a state of emergence; then surely we can come to understand and therefore absorb, the promises and challenges of a post-migrant subjectivity.

YOUR DANISH IS GOOD is a group exhibition that brings together artistic productions that seek to create (and evidence) new emancipatory routes to exit the usual significations around migration and exile experience(s). Departing from a major narrative and moving into a minor language, the exhibiting artists conceptualize on the different mechanisms driving identity constructions. Each artist is drawing on correlative events given in European history. Diluting the conceptualizations of processes of territorialization and discharging wholesale the demarcations of space that have produced Europe today.

By giving focus to the structures that surround migration, rather than submitting to an instrumentalization of authenticity such as victimization, the artists in this exhibition give us a new set of possibilities, encounters, and readings for emerging (and different) post-migrant reflections. Suggesting that if we only speak in the name of an imaginary subject – ‘the migrant’ reduced to ethnicity and origin – we are bypassing rather simply, the complex composition and promises of migration in the 21st century.

www.sixtyeight.dk
Udstilling
Your Danish is Good 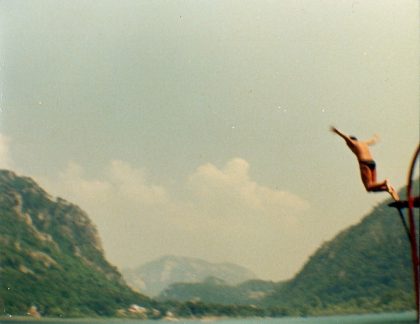 'Your Danish is Good'