Den nordiske ambassade proudly present Interior by Olli Keränen (FI) and Biba Fibiger (DK) as the fourth exhibition in the series of artistic meetings. The two artists don´t know each other beforehand, and coming from different backgrounds they are invited to start an artistic conversation ending up in a collaborative exhibition. Keränen and Fibiger are put together because of their shared passion for raw sculptural elements, spacial understanding and focus on the notion of functionality / dysfunctionality.

In the exhibition space Olli Keränen and Biba Fibiger are showing a sculptural landscape of objects that form a conversation. The two artists in this exhibition are conceptually and visually trying to deal with the notions of interior and exterior. Both are in their own way interested to form objects that seem to manifest in themselves; a form of chaos that is presented to the viewer. This chaos they argue in the exhibition, is only possible through the act of systematic and rigorous production of specific objects. Akin to curious creatures they approach and try to resolve conflicts in these specific objects that are clearly emerging from traits of their own personality. This being explained to them does not seem to extinguish their willingness to ask the objects in the show for something that only their minds can provide.

Biba Fibiger’s work centers around the body of a female meeting its surroundings of cultural elements such as language, architecture and images. Drawing on a personal and naive sculptural language that she believes embodies the feelings that she herself is having at the time of creation she often clashes these with found materials and functionality. The two materials are often in an opposing mirror state, misunderstandings or a search to illustrate how the female is both a space of creation as well as a projection screen to certain cultural beliefs; Both the root to all divine and to all evil. In this sense the female rarely rises beyond mere functionality.

Olli Keränen’s works often discuss shared spaces that are in a constant need of negotiation. He´s practice is often multidisciplinary alternating from installation and sculptural elements to video works. Keränen produces works that take their cue from different kind of made up worlds. With these worlds he is aiming to locate certain patterns in the world that we inhabit. He is interested to see if there always is and obvious correlation between the make believe and the ways in witch the world around us actually functions. 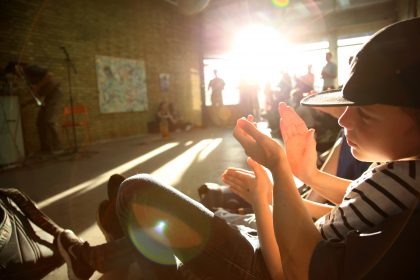