Rare earth elements, a set of 17 chemical elements, are known for being key to a wide range of technologies such as lasers, rechargeable batteries, and computer hard drives. Technology is the stuff of science fiction, it is the building blocks of our future fantasies.

Ditte Ejlerskov and Ivy Haldeman began their relationship in 2007 when Ejlerskov was studying in New York City. Ejlerskov returned to Europe and Haldeman remained in the USA, at which point they ceased communication. Ten years later they reunited over the internet, only to find that their individual art practices had come to ask similar questions concerning the body, alienation, desire and the gaze. Ejlerskov and Haldeman began a collaborative text to unpack these ten years that spanned their last interaction and to understand what occurred in their separate but connected worlds.

In the gallery, Ejlerskov and Haldeman create a theatre: canvases and paper works are hung on a single wall, a video projects onto the artworks engulfing them in light, an immersive soundtrack plays and two chairs are provided for the viewer’s comfort. The collaborative text, represented in the video projection by two streams of typing, was written over the span of several months. With the anonymity of the typing, and the two artists’ use of the first person “I,” the individual voices and the experiences they relay become indistinguishable. The projection illuminates and darkens the gallery, much as the artists, working from different continents, find themselves chasing each other’s waking hours.

On the wall, Ejlerskov’s work simmers with a guilty desire to shamelessly embody popstar icons such as Nicki Minaj and Rihanna: black bodies that carry a long history of exploitation and yet simultaneously tout messages of global feminism. In Haldeman’s work, an anthropomorphized figure lives out poses of idleness and relaxation. The figure is a body of our time, an industrial food with a perfect complexion, physically vulnerable but superficially cared for. The artist’s work comes together in a vision of a chronic future fantasy, one composed of leisure, sensuality, empowerment and star notoriety. Where do these preoccupations lead us? While the element Holmium is a bright, beautiful silvery-white in its pure state, if you get it a little moist or hot, it quickly becomes a dusty yellow. 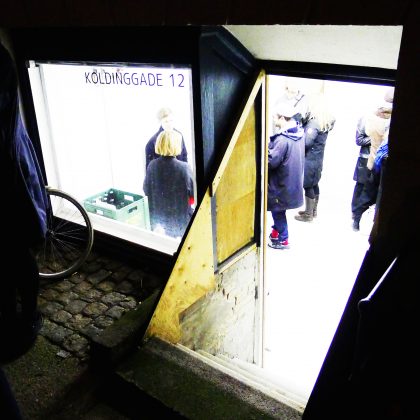 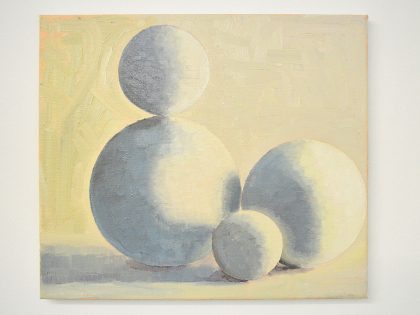 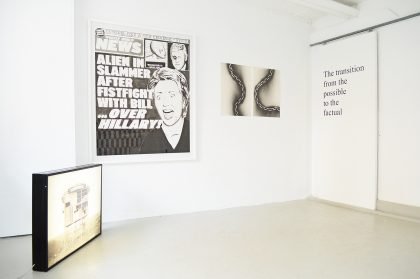