Anbefalet under Det skal du se! uge 8
Continuum–
‘A continuous sequence in which adjacent elements are not perceptibly different from each other, but the extremes are quite distinct.’

The works surface functions as a counter point to the strict shapes presented as lines and layers of colour, showing obvious traces of the painters hand. The wobble of a line, the uneveness of a surface, the slight mottling of a colour all point toward the present of the individual in the pursuit of an expression.

Seir’s work is preoccupied with our recognition and connotation of visual language. Breaking down lettering, logos and other visual identifiers from our society in a mission to strip previous meaning and focus on pure form and colour. By doing so Seir attempts to bring our attention to what’s directly in front of us. To strip us of our cultural burden and to experience the shapes, lines and colours of the works for what they are. Their essential properties of giving form and creating contrast facilitating our recognition of objects and connections giving us the possibility of interpretation and connotation.

In this way Seir works with strong references to both modernism and minimalism trying to break down and simplify our understanding of an image or an object. Trying to strip and to uncover the signifiers of a universal language through essential shapes and colours. Meanwhile creating waypoints in the understanding of the works by utilising obscured logos, letters and symbols, playing on the effect of the imagery of mass communication and its cognitive qualities.

American minimalist Robert Morris said; ‘Simplicity in shape does not necessarily equate with simplicity of experience. Unitary forms do not remove relationships. They order them.’

Robin Seir was born in 1986 in Gothenburg, Sweden. He lives and works in London. In 2016 he graduated from The Royal Academy Schools, London with an MA in Fine Arts. Previously he has studied at Chelsea College of Arts, London. He has exhibited at NAM Project, Milan, IT, Galleri Brandstrup, Oslo, NO, No Format, London, UK, Studio 1.1, London, UK, among others. 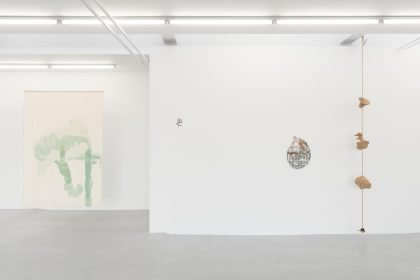 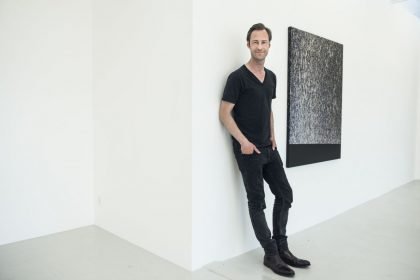 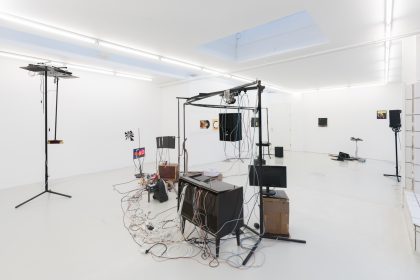