Choosing the right roadmap to avoid societal or ecological collapse is urgent everywhere, not least in the Central Asian ‘stan countries’ that emerged on the political map after the demise of the USSR.

Russian and Soviet colonisation brought a modernity that might be called ‘Western’, but Post-Soviet Asia appears to be squeezed between a non-Western past (marked by the nomadic culture of the Turkic peoples, but also by Islam) and a non-Western future (an increasingly assertive China).

This exhibition brings together lens-based work to explore the still unfolding crisis of modernity in the region: a fundamental insecurity about whether the change one experiences is for better or worse.

One strategy is to insist on making the obscure visible, whether metaphorically in Elena and Viktor Vorobyev’s (Kazakhstan) readings of visual patterns in everyday environments, or literally in Alexander Ugay’s (Kazakhstan) ‘obscurations’ based on site-specific pinhole photography.

Another strategy is to follow impulses that, in their apparent silliness, become visual emblems of societal ambiguity. Ulan Djaparov (Kyrgyzstan) does that in his performances. Yet another strategy is to stage audio-visual excursions into a past that might mirror a future, as in Saodat Ismailova’s (Uzbekistan) film about the extinct Turan tiger.

Geopolitics and artistic strategies apart, the real leitmotif of the exhibition is the elusive but decisive role of artistic agency for our understanding of the world in its obscurity and clarity. 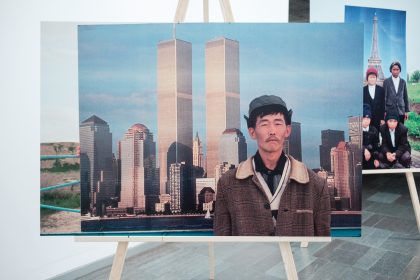 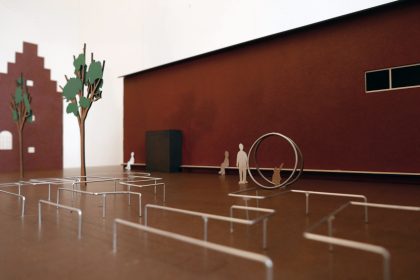