The arancina is a speciality of Sicilian cuisine. It is a deep-fried rice sphere, the size of a baseball, stuffed with tomato sauce, mozzarella, peas or other ingredients. The arancina was introduced around the 10th century by the Arabs, who ate portions of saffron-seasoned rice with herbs and meat. The crunchy breading, which ensures better preservation and easier portability, was later added as a way to bring the dish along on hunting trips and farmwork sessions. To this day, the arancina is famous as a street food delicacy best consumed on the go.

The arancina’s form, colour and dimensions are reminiscent of a small orange, arancia in the Italian language: a fruit that abounds on the Mediterranean island. In western Sicily, however, its name is male (arancino) and its shape is cone-like. Oral tradition claims that this specific design is an homage to the ebullient majesty of Mount Etna towering over the city of Catania: the steam released when biting off the tip of the freshly cooked arancino would resemble the smoke of the volcano, while the red-hot filling and the crispy coating would evoke the lava in its two stages, hot and cold.

The precision of the triangulation word-image-thing provided by the arancina, in both its female and male versions, is something I find absolutely intriguing. The delicious dish has perfected its form-function relation down through the centuries and today it presents itself in the guise of an orange or a volcano according to local custom. In all its simplicity, the arancina leads me to reflect on the complex relationship between reality and representation, and the even more manifold correlation between representation and language.

What happens when an image is built upon a fairly recognizable sign system — let’s say, a composition of line and colour — but its denomination tells us that we are looking at a picture of a specific something rather than an abstract painting? The same question can be asked in reverse, and both trigger an adaptive response that is much more ordinary than we might think, in art as well as in life. Even a tray full of arancini, if observed up close, from afar or for long enough, turns into an abstract form. The artist just makes this evident.

Artists can also establish the premises for a different encounter with an object in terms of design. If they make use of a product (or by-product) whose form we perceive as familiar and pleasing to the eye, it is to bare its structure and reveal its components. If they employ a particular commodity category, it is to expose the intrinsic implications it carries around and the set of values it is carried around by. This goes beyond the context-related revelation of the readymade: that which is called “a little orange” is, in fact, not a fruit at all…

In the “transparency society,” as South Korean philosopher Byung-chul Han has labelled it, the invisible is not what is not-visible in itself, but rather what is visible from a stance other than the standard way of seeing. While the point of arrival of such an approach might land on a variety of formal shores, the point of departure is rooted in the same phenomenon: a prolonged, insistent and very personal act of observation that has a lot in common with an act of silent resistance – or, perhaps more simply, of stubborn persistence. Sticky and plain like cooked rice. 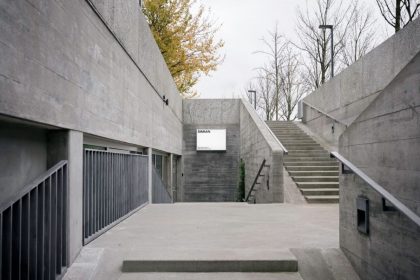