FOS’ artistic practice is characterized by a fascination for creating social scenarios in the meeting between room, object and viewer. His work has through-out time circled around and questioned what constitutes a sociality and his explorations with language. Most recently the relationship between speed and our image of the future have marked the practice. This focus was visualized in the latest exhibition Ayrton at Museo Tamayo in Mexico City in 2017, where a membrane of textile accelerated like a timeline through the space. FOS uses his objects as a tool to create a functional frame. He leads us on a journey through a set of frames, where the material is processed and continues becoming an object or a language that we in connection with one-another, create a relationship around. In particular the exhibition One Language Traveller at the National Gallery in Copenhagen in 2011 was an example of this. Here FOS brought us on a one-language journey, through objects in a paradox universe. FOS challenges and encourages us to be curious and seduces us with his total installations. This was also the case in the installation Oslo – a boat with an intensive performance program created in 2011 for the Venice Biennale.

Another thematic in FOS’ practice is an investigative approach to the question of what creates a common memory, as experienced at the solo exhibition Porthole – Koøje – at Kunsthal Charlottenborg in 2016. Lately the relationship between our inner psychology and the outer shell of what architecture consists of has been explored in the permanent watchtower The Interior of Inés in Aalborg, Denmark in 2017. With this perspective, we look forward to FOS’ upcoming first solo exhibition at Nils Stærk, where FOS will take on an architectural approach by creating lines that define space and create a direction, while the shell of the body, object and space will be challenged to a place where the nerve and tantalizing tactility play an important role. 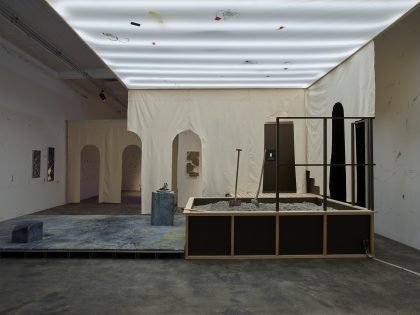 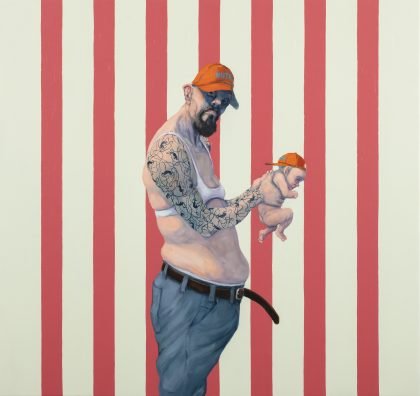 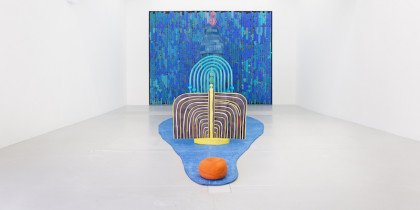 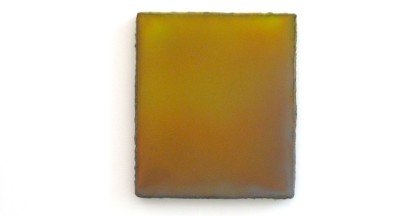 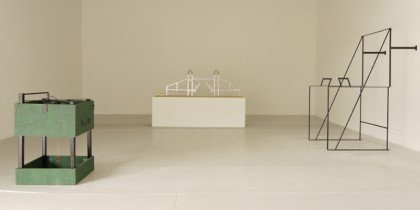 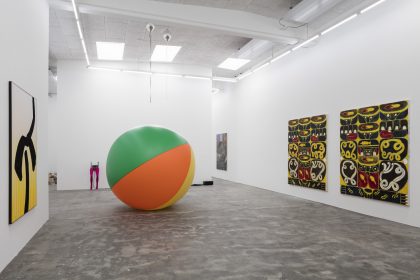